Greg Gibson, BC Nokia’s Head Coach: The simulation gave us tools for the future 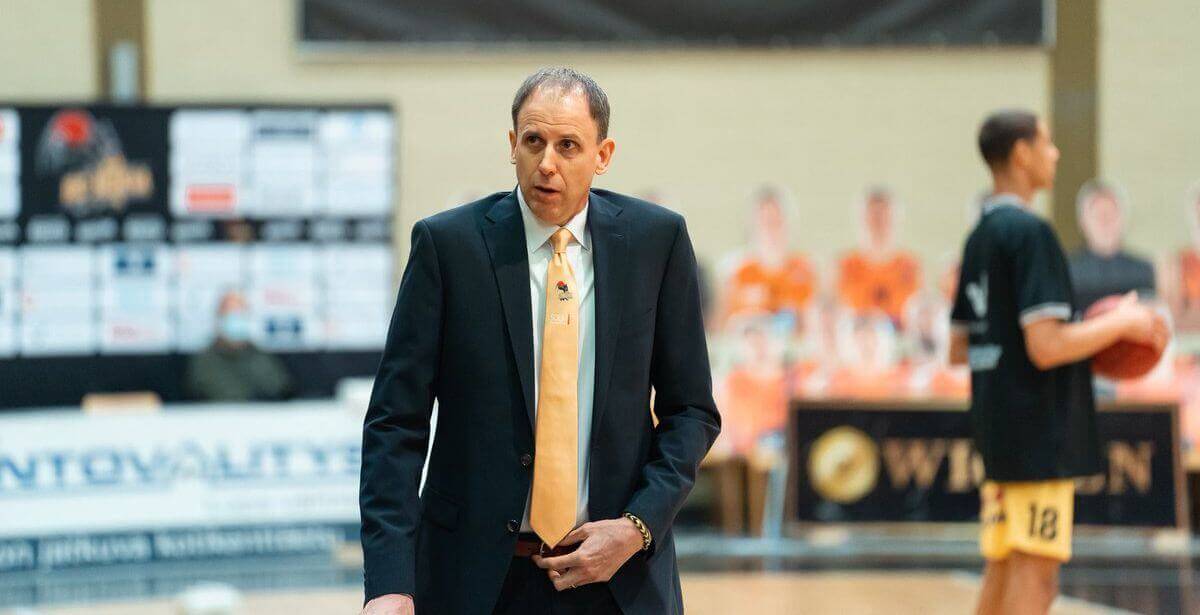 Finnish Basketball League team BC Nokia’s head coach Greg Gibson has been coaching basketball as a professional for nearly twenty years. He has won three championships as well as the League’s Coach of the Year Award. In this interview, Gibson shares his views on coaching and SmoothTeam simulations.

I think team chemistry is built through trust. I trust players, and it helps them trust me. They’ll have to make decisions themselves. I’ve never had a lot of team rules, like that everybody has to be at bed at a certain time before game days. If I find out that somebody is not taking care of themselves before a game or practice, of course we discuss that. Trust factor works both ways naturally.

I have learned a lot from my coaches, and been blessed to have different coaches from around the world. I’m very much a players’ coach. Earlier as a player I’ve been there and I understand what it means to be a professional player and I do understand basketball. In basketball there must be freedom where you can be a bit free to show what you can do.

Culture is important – and already in recruitment phase

I try to do as many background checks as possible to find players who will fit the team culture. With Americans I use a ”three person rule”. That means I’m checking with at least three people who are associated with a potential player. That often includes their college coach, assistant coach and some other people. Sometimes they may be the player’s friends. I also travel to be able to meet future players, and usually travel to Vegas scouting camps to scout new players every year. There I can sign players that have dinner with me.

There is much more than basketball when considering how players fit the team. The import players have to be independent when they come to Europe, as their life is so different here. As a rule of thumb for a cultural fit, my family should be able to have a pleasant dinner with a player. Of course, you can never be 100% sure when you bring an import player in. The chemistry can click or not.

SmoothTeam sounded unique – and it proved to be true

When I got the chance to know SmoothTeam, it sounded very unique and something that the guys would enjoy. A chance to do something together that is not basketball related. After the simulation I spoke with everybody and they thoroughly enjoyed it!

My goal was to gently force the guys to communicate with each other. And the platform created just that.

Leadership among the players

For me it was interesting to hear our captain Antero Lehto talk about certain situations to the team. It’s always important to have that kind of leadership in the team and to have experienced players mentor younger ones. Not just Antero but also the other more experienced players. The team discussed the good and the bad moments. How we need to stick together, which was very encouraging to hear. It was especially valuable to hear the younger guys speak up and answer certain questions without any hesitancy. The simulation made it easy for everyone to chime in.

Even the silent ones talked

The simulation was very simple and very easy. It helped the guys to discuss, also the Finns, who are not naturally open to communicating. It even made them want to speak – which was a highlight. It was just natural.

Another example: one of the other players is quiet by nature and just does everything we ask on the court. However, in this discussion he was very confident to raise himself as a choice in a lot of answers. It was not in an arrogant way at all, but in a way for him to say I am very confident in what I do. Moving forward I now know him better and I can also rely on that – I can return to the discussion and say you said you would for example like this. To see how he responded to this discussion and these questions in this way was a big thing for me.

The simulation gave us tools for the future

We had a discussion about unspoken rules and our assumptions. This will help us, when someone is disappointed. I’m sure we will remember things about each other, and instead of barking at each other we will remember the talks that we had. We’ll find better ways to handle the issues. I’m very confident that that will happen.

The tool initiated discussion on motivations

During the simulation all of the players were verbally saying the right things, for example that I’m committed to help the team, I’m not giving up, I’m wanting to put whatever effort is needed. To say these things aloud is a great step.

The tool clearly helped people say the right things. Typically these kinds of discussions happen later when there are problems in the team. When the connection is lost, guys are coming late and leaving right away. Those are traditionally the points, when the discussions on motivation happen. It was much better to have these conversations early on when things are going fine.

Talk only helps so much, and at the end action speaks louder than words. We will have to work and show with our actions what we truly stand for. Of course I don’t want to undermine the importance of the words. Communication is also important. It’s easier to talk and say things, but it’s harder to live up to those words. As a coach, I also live by these principles. I also want to lead by example.

After the discussions in the simulation, I can hold players accountable for claims that were made. This is another way how talking helps.

I look forward to SmoothTeam helping us, when we face obstacles

From my experience, a month or two later our guys are starting to get comfortable. Then there will be times when they are tired. The question is, are they putting in the extra effort needed? All winning teams have leadership both verbally and by example and they continue putting in the extra effort needed. In these moments, this shared simulation experience will help us.

As a coach I learned a lot about players

From a coaching standpoint, the simulation taught me a lot about players. It revealed things that I didn’t yet know so much about. It will be easier to read certain situations, knowing what happened and what was discussed during the simulation.

Any team that wants to improve their team chemistry will benefit from SmoothTeam. The topics are probably familiar to all teams, and the magic is in how they are presented. This is for teams that want a different kind of interaction that is fun, but in a nice way, forces everyone to be involved and to speak out.

I can recommend SmoothTeam to all professional sports teams and specifically recommend it to all Korisliiga teams.

For us the timing was right. It’s good to get this speaking going on early on and let everybody know it’s ok to talk. I’m looking forward to probably doing this also later again, and it certainly provides different kinds of results for more mature teams.

I thoroughly enjoyed it. It’s something I would highly recommend to professional teams. It does a lot of things for the team and gives tools for me as a coach. It was a really really good experience! 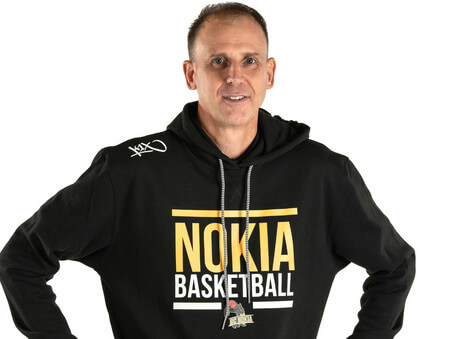